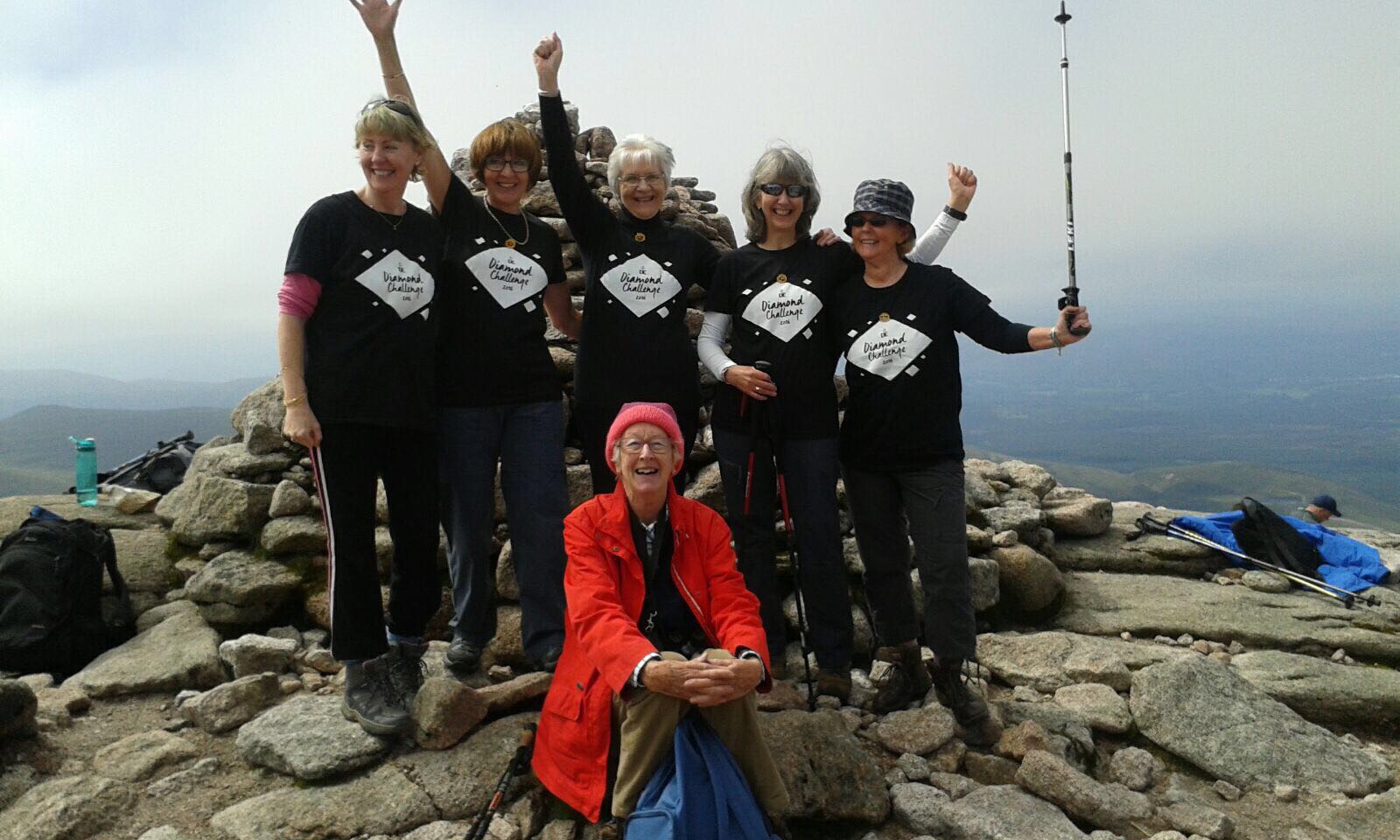 NNT in the news: Reaching new heights with the Diamond Challenge

Nessie Chalmers and Kathy Davy first took on the challenge together over four decades ago as part of their Duke of Edinburgh award.

Joining three other walkers from the original expedition, as well as their instructor from the time, the group took on a new level of the award called the Diamond Challenge in June 2016.

All Millbank Primary School and Nairn Academy pupils in the 1960s and 1970s, the group all got their bronze, silver and gold badges together, so it was fitting that they regrouped to climb to the ascent of Cairngorm Mountain. The Diamond Challenge was created in 2016 to mark the 60th anniversary of the Duke of Edinburgh scheme. As well as raising £400 for the scheme alongside Frances Irvine, Sheila Robertson and Mairi Grant, Nessie and Kathy also raised an amazing £1,000 for Nansato Nursery Trust.

Speaking to The Nairnshire Telegraph, Nessie, one of the charity’s trustees, spoke about the exciting hike.

“We chose walking as our challenge because that’s what we’d done on our expeditions back at school,” she said.

“We did most of them in the area around the Cairngorms so it was really special for us going back to the same places.”

She added: “It was very different to the award we did when we were 17 when we had our tents and walked for four days. This time it only took us a few hours but we got the same sense of achievement at the end.”