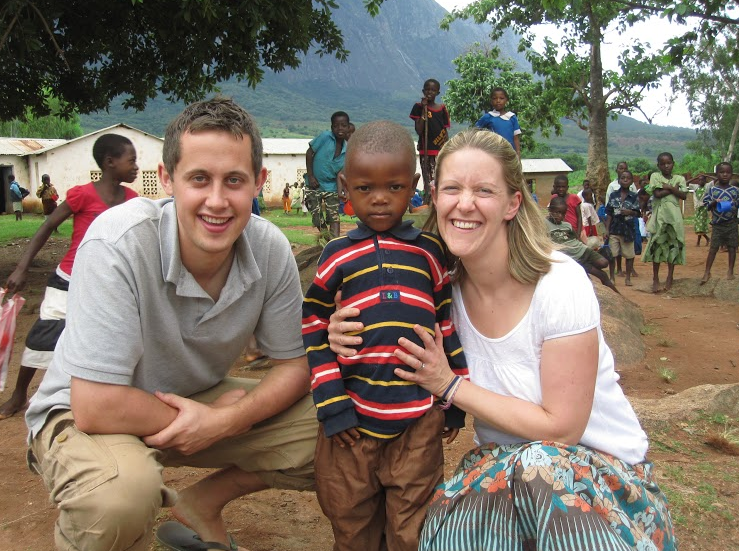 NNT in the news: Meet the Bruntsfield couple inspiring miracles in Malawi

More than 5,500 miles away in the town of Mulanje in Malawi, 280 children leave their family homes every morning and walk along the red sand roads to nursery.

Here, they learn about numbers, shapes and the alphabet and take part in group games.

The attentiveness among the classes of 70 is astonishing; the drop of a pin could be heard in the nursery building as the children listen to the teacher’s lesson.

But, as break time approaches and the children are given their morning porridge, the five-year-olds spring to life, chattering among themselves and showing their cheeky, playful personalities.

For some, nursery is the first time these Malawian children will have ever seen a book or played with skipping ropes. And for others, the porridge breakfast is the only meal they will eat in a day.

In all, some 1,500 children have benefited from nursery education since the Nansato Nursery Trust was set up five years ago.

As the charity reaches its five year anniversary, Edinburgh charity founders Paula and Stuart Glegg say this milestone is the perfect time to celebrate the success of the schools and thank those who have helped fund and support the project.

But it may never have happened but for a chance meeting in an airport.

The charity was first dreamed up following Paula’s seven-month stay in Malawi. During her time there, she grew to love the country while working as a teacher in a village primary school but was saddened to see lots of young children walking around the village with very little to do.

This was an image that lay heavy on her heart as she said goodbye to the people she had met at the end of her trip.

However, during an 18-hour layover in Nairobi airport, Paula started talking to a woman who was halfway through building a nursery in Malawi.

Inspired by her story, she began putting her own plans into action and set up a charity to fund nursery school education.

After hearing about the charity concept, Edinburgh graphic designer Stuart joined Paula in taking on the mammoth task of setting up a charity and put plans in place to build a nursery in Malawi.

A flurry of fundraising began as friends, family and supporters from afar pledged their donations to the cause, with everything from marathon running, sponsored bikes rides, beads and baking stalls and variety shows organised to help raise funds.

Stuart said: “I’d heard so much about Malawi and the community from Paula and we had discussed her idea to build a nursery school. Between us, we thought we could cover the design of the buildings to the educational side of the curriculum.

“I think everyone should be able to access a good education, so the nurseries was our way to do something about that, albeit a pretty small something.”

After spending two months in Malawi getting to know the area, the duo decided that it would be more effective to build four small nurseries attached to the surrounding primary schools and make it easier for children to travel on foot to the schools.

Having raised enough money to extend the project, they spent the next seven months overseeing the construction projects carried out by locals – a conscious decision which has remained at the core of the charity’s principles in the last five years.

Paula said: “When building the nurseries, we were able to employ local builders and buy materials locally.

“At one of the nurseries, we needed river sand to make cement, so people from the community brought sand in bucket loads and were paid per bucket, and over 100 people were given a small amount for the sand they delivered.

“Throughout the years, we have used as many local people as possible for various small contracts at the nurseries.

“We also employ four teachers, four teaching assistants, four watchman and one groundsman, which provides stability and regular income for them.

“We felt very strongly that the community need to have ownership of the nurseries for them to be sustainable.

“We want to work with the community; they are the experts on life in Malawi, not us.

“And as you can imagine, there are lots of challenges to running the nurseries from Scotland, so it is essential that we have a team of people in Malawi we can trust.”

During their nine month stay, the couple got engaged.

And while Stuart had a number of romantic proposals lined up, they all went a little pear-shaped and he ended up shouting over the engine of a Malawi motorbike in the rain – a moment Paula said was still picture perfect.

They married in July 2008 in their hometown of Banchory and had a Malawi theme running throughout the day, from mentions in the service to favours which were all made by local Malawian carvers.

Returning to Malawi for a second time as husband and wife, the couple spent a further four months in the village town of Likhubula and watched the first intake of pupils walk through the nursery doors.

Paula and Stuart have since watched the project blossom from afar in between annual visits to the country.

They spent two months living in Glasgow as Stuart finished a Masters degree in Product Design but have since settled in Edinburgh and recently bought a flat in Bruntsfield.

Between Stuart’s job as a graphic designer, Paula’s job as a nanny and the mammoth task of renovating their flat, the couple have still managed to find time to designate time to the Nansato Nursery Trust – saying the help of the charity’s five trustees has been invaluable in this process.

Making their yearly trip in January of this year, the couple were amazed by the progress of the schools and delighted by the high regard they now hold within the local communities.

Stuart said: “Each year we go to the nurseries to review things and visit the schools and we’ve been amazed by the teachers and how much they’ve improved.

“Five years is an exciting milestone because it is a significant period of time that can allow us to start saying that it is working.

“We’re so grateful for the staff at the schools. They are really passionate about teaching the children and caring for them.

“I think that’s been the most amazing thing.”

Stella N’ganga is one of the teachers who has been working at the nurseries since their infancy. Like all of the other employees, she displays great pride in the charity.

Having previously worked as a teacher in an orphanage in her hometown of Miyano, Stella gave up the profession, disheartened by the lack of resources available to help the children.

Hearing about the new posts with Nansato Nursery Trust, the mother-of-two wasted no time in applying for the job.

She said: “Nansato Nursery is a great school. They have got resources, the buildings are strong and the children are given porridge every day.

“At registration, I see some children who are malnourished, but after eating their porridge every morning at nursery for three or four months, they start to look healthy again.

“The people in the community really want their children to come to the nursery because they learn how to speak English here and we have books in English to help them read.”

As well as rekindling her love for teaching, Stella was able to use her stable salary to help others in the community, taking five orphaned children under her wing.

She said: “I sat down with my husband and looked at the money I receive from Nansato Nursery Trust and decided that I would take in a girl called Irene. I would often see her begging people to wash their clothes or clean their house for money.

“I also took in her younger sister Memory so that they could still live together.

Just like Stella, Mr Alimoyo‘s life was transformed with the help of the charity, with his reliable income allowing him to achieve his lifetime ambition of building a home for his family.

This was a far cry from the teacher’s previous job at a local secondary school where he went months without receiving his salary.

He said: “I loved teaching there but I had to leave because I went for seven or eight months without receiving my salary. As a result, my family was suffering.

“After I had worked for Nansato Nursery Trust for a few years, they gave me a small loan to help me build my house and I saved my salary to allow me to finish the project in 2010. My wishes have been fulfilled.

“Both of my daughters have had the privilege of attending the nurseries and are now doing well because the foundations for learning were put in place.

“They have big dreams.

“We give thanks to God because Paula and Stuart have had the vision to open the nursery school in our community.

“The local people are happy because the children are now getting an education.”

Amazed by the stories they have encountered over the last five years, Paula and Stuart recently hosted a five-year anniversary ceilidh to share the success of the project with those who have helped the charity from Scotland.

Paula said: “It has been really good being able to celebrate because it has allowed us to stand back and take a long look at how it is all working and see how very blessed we have been and what a huge success it is.

“We are amazed to be celebrating five years of the nurseries. It is so wonderful to see that it is working and children are being provided with good education and their days are full of fun and laughter.

“We are constantly amazed by the support we receive from so many people in so many ways. It means such a lot when others believe in and support your dreams and hopes. Without the continued support of so many, this would have only been a dream but now it is a reality.”

Since the charity was set up, the Trust has received over £100,000 in donations from fundraisers and regular givers, a figure which has been critical in helping them to cover their annual running costs of £10,000.

Paula said: “The money we receive has allowed us to build, run, staff, stock and maintain four nurseries for five years. It is truly unbelievable.

“The nurseries are supported by many people from so many different situations, and every penny has been so valuable and means a lot to us.

“It is important that we are able to sustain the nurseries so we will need to continue to fundraise to enable us to pay the salaries, feeding programme and resource and maintain the nurseries.”

While supporters of the charity marked the occasion with a traditional Scottish dance, the Nansato Nursery Trust teachers and committee members were also given the chance to have their own little shindig, Malawi style, to toast to the success of the schools.

Stuart said: “We wanted a celebration to take place in Malawi too because the success of this charity is totally down to the amazing staff and committees there.

“We’re fortunate to have some amazingly dedicated staff who have a real passion for children’s development in Malawi.

“The standard of teaching at the nurseries seems to improve every time we visit. It’s great to see the teachers trying new ways of teaching and really challenging the children.

“Many of them have been with the charity from the very start and the charity’s success is down to their efforts.

“So it was only fitting that they were able to celebrate in this achievement too.”